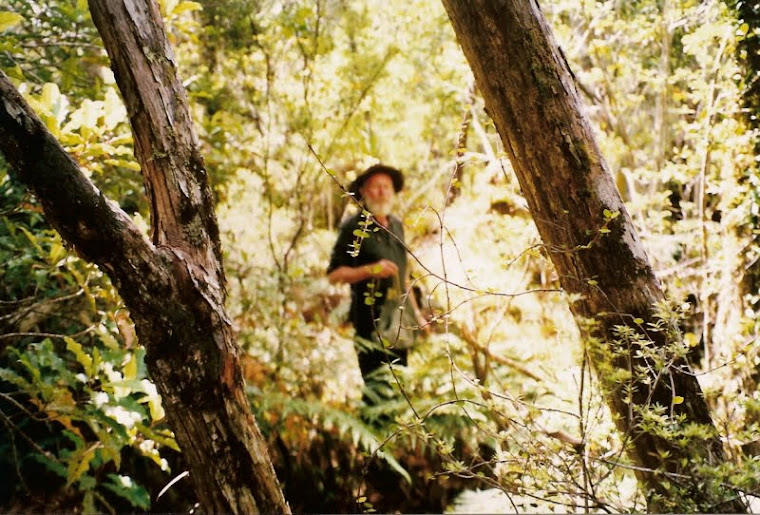 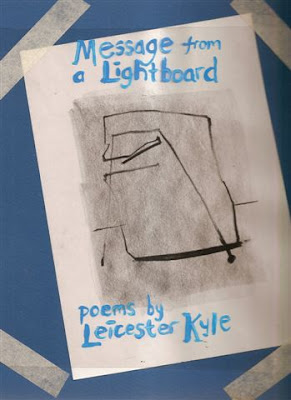 Message from
a Lightboard 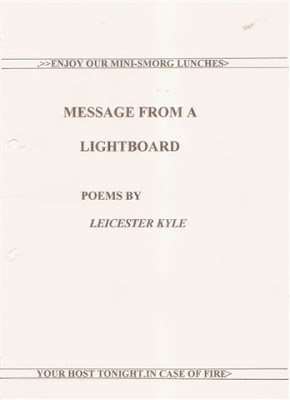 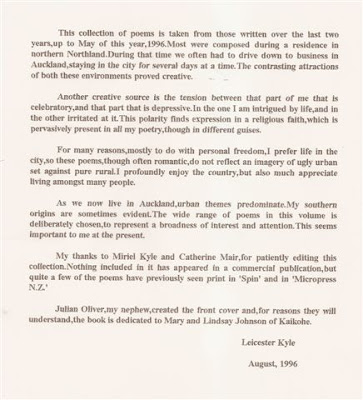 
This collection of poems is taken from those written over the last two years, up to May of this year, 1996. Most were composed during a residence in northern Northland. During that time we often had to drive down for business to Auckland, staying in the city for several days at a time. The contrasting attractions of both these environments proved creative.

Another creative source is the tension between that part of me that is celebratory, and that part that is depressive. In the one I am intrigued by life, and in the other irritated by it. This polarity finds expression in a religious faith, which is pervasively present in all my poetry, though in different guises.

For many reasons, mostly to do with personal freedom, I prefer life in the city, so these poems, though often romantic, do not reflect an imagery of ugly urban set against pure rural. I profoundly enjoy the country, but also much appreciate living amongst many people.

As we now live in Auckland, urban themes predominate. My southern origins are sometimes evident. The wide range of poems in this volume is deliberately chosen, to represent a broadness of interest and attention. This seems important to me at present.

My thanks to Miriel Kyle and Catherine Mair, for patiently editing this collection. Nothing included in it has appeared in a commercial publication, but quite a few of the poems have previously seen print in 'Spin' and in 'Micropress N.Z.'

Julian Oliver, my nephew, created the front cover, and, for reasons they will understand, the book is dedicated to Mary and Lindsay Johnson of Kaikohe. 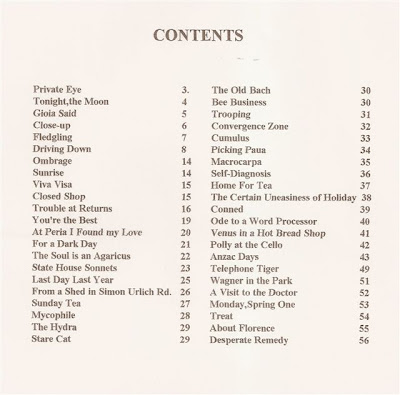 At Peria I found My Love

For a Dark Day

The Soul is an Agaricus

From a Shed in Simon Urlich Rd.

The Certain Uneasiness of Holiday

Ode to a Word Processor

Venus in a Hot Bread Shop

Polly at the Cello

Wagner in the Park

A Visit to the Doctor 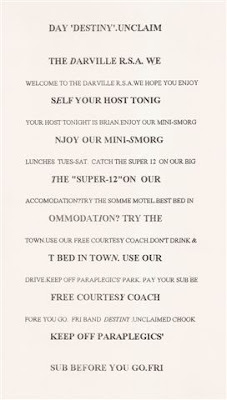 WELCOME TO THE DARVILLE R.S.A. WE HOPE YOU ENJOY

SELF YOUR HOST TONIG

YOUR HOST TONIGHT IS BRIAN. ENJOY OUR MINI-SMORG

LUNCHES TUES-SAT CATCH THE SUPER 12 ON OUR BIG

T BED IN TOWN. USE OUR

DRIVE. KEEP OFF PARAPLEGICS' PARK. PAY YOUR SUB BE


SUB BEFORE YOU GO. FRI 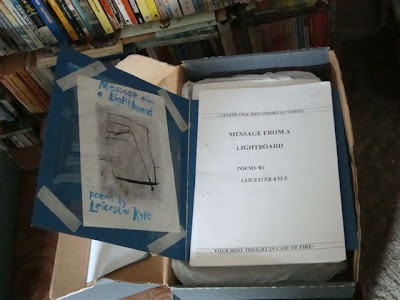 
This hitherto unpublished book of poems was found, in hardcopy, in the set of six boxfiles comprising Leicester Kyle's final literary remains handed over to me by David Howard during my visit to Dunedin on 21st June 2012.

Of these, two [III-IV] contained manuscripts of various of his works; two [V-VI] were devoted to copies of publications his work had appeared in; and two more [VII-VIII] had been used to store miscellaneous typescripts. I came across Message from a Lightboard in the second of this last category.

It dates from the period before Koroneho (1996-2001) and Options (1996-97), but still has a certain authority in indicating which among his earlier short poems Leicester might himself have thought worthy of preservation.

Email ThisBlogThis!Share to TwitterShare to FacebookShare to Pinterest
Labels: 1996, Leicester Kyle, Message from a Lightboard, poetry 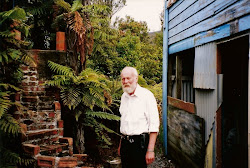 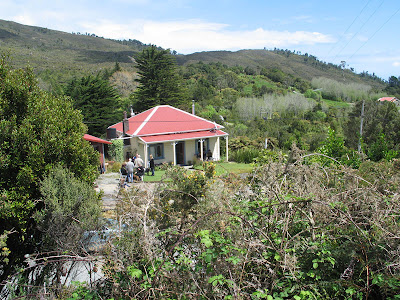 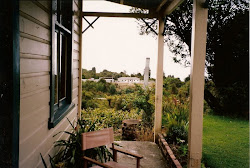 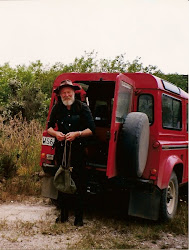 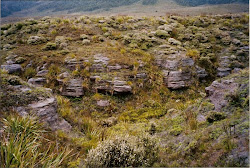 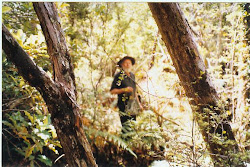 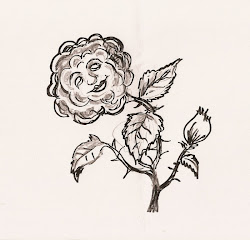